I wasn't looking for inspiration when I stumbled on his episode 584, but 31 of my own episodes, 60,000 views, and 6,000 watch hours of Code Hour later, my YouTube channel is a testament to Scott Hanselman's ability to inspire.

His interview with Daniel Shiffman in that episode made sharing knowledge in video form seem approachable, exciting, and rewarding.  I'd been blogging for over a decade as a way to learn development topics more deeply, give back to the community, and share knowledge.  Doing it visually seemed like a more efficient means to accomplish those goals.

Code Hour was born.  It sucked.

I started "Code Hour" with the idea I'd live code Xamarin development for an hour weekly on Twitch and YouTube streaming, no post editing, just like Daniel Shiffman, and see what stuck.

Nothing stuck.  It was, I can now admit, pretty terrible.

Viewership: near zero, for a year and a half despite weekly episodes.  I learned a ton, but you aren't sharing knowledge if no one's listening.

Giving up would have been reasonable.  But I'm a fan of patience and persistence, and if you've read Your Code Sucks, Get Over It, you'll know I believe in the power of separating ego from work product, and objectively looking for areas of improvement.  I requested feedback from a co-worker (thank you Josh Blanchard) and learned in short: too much noise, not enough signal.

A privot is a structured course correction designed to test a new fundamental hypothesis about the product, strategy, and engine of growth

I had my new hypothesis: bad signal to noise ratio.  I pivoted.

What Even Is Code Hour?

If you asked me today what it is I'd say ... well, this 1 minute promo about covers it:

In short an hour of live coding in about 30 minutes.

The format is now a high level overview on development, typically .Net related topics, with post edited diagrams and visuals, then a dive into the implementation details.  It pulls the best elements of live coding like:

Except remove all the boring elements of live coding like compiling and excessive typing.

I've also moved away from Xamarin and toward ASP.Net Core and ASP.Net Boilerplate in particular, for which there seems to be a voracious appetite (big thanks to all the retweets and shares from the ABP.IO team and fans).  In fact my most popular episode is:

(I'll be releasing an updated version for ABP.IO shortly)

One downside: before the pivot I could knock out an episode in 60 minutes.  Now each episode is 8-16 hours per 30 minute show (thus > monthly rather than weekly cadence).  It's time well spent.

The pivot didn't yield immediate results, but I'm happy to say that as of this week I hit a goal I'd never have imagined two years ago: 1,000 subscribers.

Ultimately sharing knowledge in video form has turned out to be approachable, exciting, and rewarding just like Daniel Shiffman and Scott Hanselman promised.  It just required some patience, persistence, and finding the right audience.  I've certainly learned a ton and had fun.

I guess what I'm saying is:

1. Subscribe if you haven't.  There's an upcoming episode on Blazor Web Assembly vs Angular that's a lot of fun.

2. More importantly: thank you to everyone that's provided inspiration: Scott Hanselman, Daniel Shiffman, Eric Reis, Josh Blanchard, the folks at ABP.IO, and to everyone who's shared, liked, commented and subscribed.  You all rock!  Thank you!

3. And most importantly: be prepared to find inspiration in unexpected places, don't give up if V1 of your idea sucks, and be prepared to dispassionately analyze and improve.  The world needs your idea.  Now go do it! 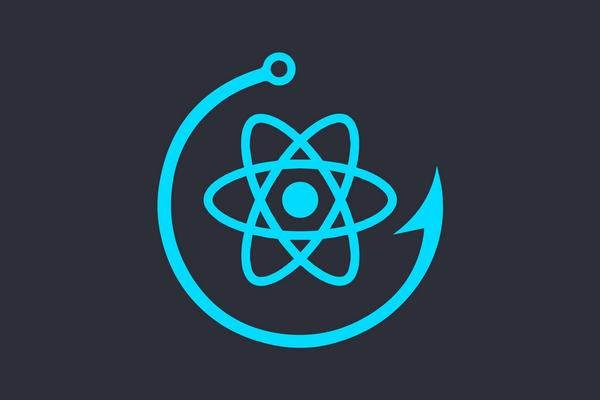 Code simplification and component splitting are key to helping make SOLID and clean components. Introducing two Hooks that will help convert you.